Gina Sisk is the Executive Office Manager of Liberty Partners of Tallahassee.  With more than 20 years’ experience in state government and a dozen years of legislative and contract experience on the state level, Gina brings a wealth of knowledge to our team.

Before joining Liberty Partners of Tallahassee, Gina was the Legislative Senior Management Analyst and Contract Administrator for a large state agency.  She was the legislative liaison between the Department and the Executive Office of the Governor and Policy and Budget staff, Senate and House members of the Florida Legislature, legislative committee and district staff, governmental sister agencies, and stakeholders.  Gina also managed more than seventy contracts pertaining to Economic Self-Sufficiency, Mental Health and Substance Abuse, Public Benefits Integrity and Office of the General Counsel within the state agency.

Gina was born and raised in Tallahassee and still resides there along with her daughter, Cassidy and 2 grandchildren, Nolan and Katie.  Her son, Jake, is a 2nd Lt.  in the United States Marine Corps.

Ethan serves as Governmental Affairs Coordinator and Executive Assistant to the Vice President at Liberty Partners of Tallahassee. Before joining Liberty Partners full-time, Ethan served as a Page in the Florida House of Representatives and most recently served as a Legislative Intern for the firm during the 2017 and 2018 Florida Legislative Sessions. Additionally, Ethan has experience working with grassroots campaigns at the local, state, and federal level.

Before moving to Tallahassee, Ethan worked at First Federal Bank of Florida for nearly two years in Bonifay, Florida. Ethan also previously assisted the baseball team and Athletic Director at Chipola College in Marianna by serving as the Athletic Student Manager. Ethan was very active in Family, Community, and Career Leaders of America (FCCLA) and Future Business Leaders of America (FBLA).

Ethan graduated with an Associate of Arts Degree (A.A.) from Chipola College, where he was a member of the Honor’s Program and Dean’s List and earned his bachelor’s Degree in political science with a minor in Economics from Florida State University. He currently resides in Tallahassee, Florida. 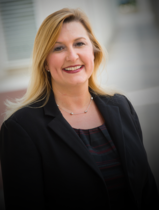 ​serves on the board and in numerous volunteer capacities for the organization. She serves as a trustee of the FAPL Educational Foundation and was instrumental in developing the association’s Designated Professional Lobbyist (DPL) credentialing program. She was also selected by her peers as the first recipient of the Ken Plante Founder’s Award for ethics in lobbying.

Prior to Liberty Partners, Jennifer served as the Deputy Executive Director and lead lobbyist for the Florida Institute of Certified Public Accountants (FICPA). Jennifer headed up the legislative, communications, regulatory, political committee and membership functions of the 18,000-plus member organization with a $13 million annual budget. Jennifer’s direct staff reports consisted of more than 20 management and director-level employees and she was responsible for the administration and fundraising efforts of five political action committees totaling more than $350,000 in contributions per election cycle and a statewide grassroots network with more than 400 individual CPAs. Jennifer has represented the CPA profession as a registered lobbyist before the Florida Legislature and Cabinet for more than 22 years. Previous to her tenure with the FICPA, Jennifer lobbied the Florida Legislature on behalf of the Florida Bankers Association and a private lobbying firm. In addition, Jennifer participated in several statewide Florida political campaigns including the 1992 Bush-Quayle Presidential campaign and former Governor Jeb Bush's 1994 and 1998 campaigns.

In addition to lobbying, Jennifer's background includes experience in many aspects of advocacy including political action committee fundraising, grassroots activities, coalition building, strategic management, communications, member relations and marketing. Jennifer has a wide range of business-related expertise along with a strong portfolio of local government clients that depend on her consulting advice navigating both state and Federal funding opportunities.

Jennifer has worked with several business coalitions and directed the efforts of a group of 27 organizations that successfully defeated a proposed constitutional amendment that would have created a services tax in Florida. Her efforts related to other proposed constitutional amendments in Florida include the 2016 Amendment 4 “Florida for Solar and the 2018 Amendment 3 “Voters in Charge” which gave voters the exclusive right to decide whether to authorize casino gambling.

Jennifer earned her Certified Association Executive (CAE) designation from the American Society of Association Executive (ASAE) after graduating from the U.S. Chamber of Commerce’s four-year association management program held at the University of Delaware and earned the Designated Professional Lobbyist (DPL) title from the Florida Association of Professional Lobbyists (FAPL). Jennifer has been a guest speaker at many statewide and national events has been named as one of Florida’s best “boutique” lobbying firms by Florida Politics Influence Magazine and has been featured in several issues of the publication. Jennifer serves as a spokesperson for many of her clients on issues relating to legislative and regulatory issues and has developed a strong reputation with many of Florida’s most influential news outlets.

She received her Bachelor’s Degree in Political Science from Florida State University. She and her husband reside in Tallahassee, Florida.

Jennifer Green is President and owner of Liberty Partners of Tallahassee, LLC and founded the firm in early 2007 with former U.S. Senator Connie Mack (R-FL). With nearly 25 years of experience in political, lobbying and grassroots activities in the State of Florida she consults primarily on state Legislative and Executive branch issues affecting corporations, trade associations, local governments and not-for-profits.

Melanie S. Bostick, DPL is the Vice President of Liberty Partners of Tallahassee, LLC. With over 20 years of experience in political arenas and association management, on the local, state and national level, she primarily focuses on grassroots advocacy and public policy issues related to education, energy and utilities, attractions and tourism, natural, cultural and historic preservation, environmental, condominium and homeowners’ associations, healthcare, insurance, tax and elections.

Melanie came to the firm nearly a decade ago with a strong involvement in politics, association, and organizational management. During the last few years, Melanie has worked on legislative and regulatory issues ranging from certified public accountants to electric vehicles to school choice matters.  For the past five years at Liberty Partners, Melanie has served as the Florida State Coalition Manager for one of the firm’s clients, the National Coalition for Public School Options.

Prior to her time at Liberty Partners, Melanie was an in-house lobbyist and association executive for the Florida Institute of Certified Public Accountants (FICPA) and the Florida Association of Postsecondary Schools and Colleges (FAPSC) and was a small retail business owner for nearly five years. She has served as an advisor and assistant to two Gubernatorially-appointed commissioners at the Florida Public Service Commission (PSC) – an entity charged with protecting Florida consumers through their regulatory authority over Florida utilities in one or more of three key areas: rate base/economic regulation; competitive market oversight; and monitoring of safety, reliability, and service. Melanie also worked at a Tallahassee-based law firm focusing on managing insurance-related lobbying teams in multiple states.

Melanie has participated in four national Presidential conventions and played an important role in Florida’s Presidential recount over two decades ago serving as special assistant to the Chairman of the Republican Party of Florida.  She has been a board member of various political, trade and community organizations for more than a decade.

Melanie has earned the Designated Professional Lobbyist (DPL) title from the Florida Association of Professional Lobbyists (FAPL) and received her bachelor’s Degree in Political Science from Florida State University. She and her family reside in Crawfordville, Florida. 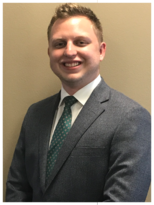 Tim Parson is the Director of Government Relations for Liberty Partners of Tallahassee, LLC. With over 15 years of experience in the state legislature, he has accumulated tremendous insight into state government and the legislative process.

Before joining Liberty Partners, Tim served as the Legislative Affairs Director for the Florida Department of Children and Families where he lobbied the Legislature on issues such as child welfare, human trafficking and public benefit fraud. While there, Tim was responsible for developing the agency’s policy proposals and budget priorities and then leading the legislative advocacy team during the legislative session. Additionally, he served as the lead liaison for the agency before state lawmakers and key stakeholders as the Director of Florida’s Children and Youth Cabinet consisting of the secretaries of the Department of Children and Families, the Department of Juvenile Justice and the Agency for Health Care Administration, as well as the directors of the Agency for Persons with Disabilities, the Office of Early Learning, the State Surgeon General, the Commissioner of Education, the director of the Guardian ad Litem Office, and the director of the Governor’s Office of Adoption and Child Protection. Tim also served as the Director of the Florida Drug Policy and Advisory Council.

Prior to his tenure in the Executive Branch, Tim served as the Chief Legislative Assistant to two state Senators where he was responsible for drafting legislative proposals and representing the Senators before select committees.

Tim was recently chosen as a James Madison Institute Fellow for their program designed for “under 40” professionals in the state. Tim received both his master’s Degree in Public Administration and bachelor’s Degree in Economics from the University of West Florida. He and his family reside in Tallahassee, Florida. 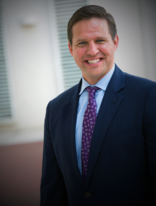 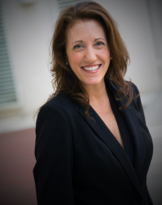 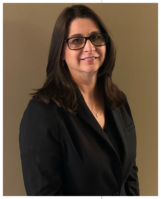